Well, reasons may be given all over this site, but sometimes (as in the case with my family) you need to hear it from someone else for 3rd party affirmation before completely capitulating to acceptance as truth.

So here we have A Cautionary Tale on Why We Background Check written by Jon Hyman and posted on Workforce.com.

In short (or as short as I can make it), My Hyman highlights the facts from a recent case, The Scott Fetzer Co. v. Zurich American Insurance Company. The case is actually an insurance dispute to determine who is the liable party for the award payment in lawsuit by three female former employees of the Scott Fetzer Company against the company and John Fields, a former employee accused of sexually assaulting the women on numerous occasions.

Over his professional career, Fields had been charged with rape, domestic abuse, embezzlement and unlawful imprisonment. The women in the case claimed that not only was the Scott Fetzer Co. negligent in their due diligence prior to hiring but also when the re-hired (!) Fields after his release from prison.

You can read more details here – https://www.workforce.com/2019/05/02/a-cautionary-tale-on-why-we-background-check-employees/, and it may be a good idea to review your background screening process to make sure your company has the most accurate information available.

Hint: if you’re just screening from a website (i.e. basic internet search) without a Disclosure & Authorization process as required by law under the FCRA, your data may not be trustworthy.

What does that mean to you?  Maybe nothing…  I understand.

The “box” in context of this phrase refers to the box on an application for employment, and specifically, the box an applicant would check (or not) next to the question, “Have you ever been convicted of a felony?”

And thus, a majority states and many local municipalities feel that removing this question from job applications helps prevent blanket discrimination against those who may have a criminal record and promotes fair hiring.   If your city or state has a “Ban the Box” law, you may and should still run background checks on prospective employees as part of your due diligence, but it must be done only after an offer of employment has been made.

In these cases, I suggest including language on your application that in the event an offer of employment is made, candidates must authorize the employer to conduct background screening prior to their start date.   It’s important not to use language such as “pass a background check” or similar because if you are to take adverse action due to the information found on the report, in most cases that information should be relevant or correlate to the duties of the job according to precedent-setting Equal Employment Opportunity Commission (EEOC) court cases.

If you have questions about what kinds of flagged information would be relevant to your positions, please feel free to contact me or you can become familiar with best practices in the EEOC’s 2012 guidance on the use of arrest and conviction records in employment decisions.

Currently, over 150 cities and municipalities and 29 states have Fair Chance laws that “ban the box” and prevent private employers from asking about criminal history until later in the hiring process.  Austin, TX is one of those, BTW (though not the state of Texas).  A complete list of states and municipalities that have adopted fair hiring policies and what they are can be found here.

If you don’t have time to dig deep into this area, I’m always available to assist!  Hire Safe – Hire Smart!

What do some of the biggest employers all have in common?

Chris Collins September 18, 2017 Uncategorized
What do Home Depot, Mariott Resorts, UPS, Spokeo, Postmates, Walmart and Disneyland all share in common?
You guessed it! – well, no probably not – they’ve  all been sued in the last couple months for violations of the Fair Credit Reporting Act (FCRA) for their procedures and lack of compliance in conducting background checks on prospective employees.
In short, prior to running a background check (aka “consumer report”) on a prospective employee or contractor, the FCRA mandates the prospective employee must sign a “disclosure & authorization” form and be notified of their rights under the FCRA. After the report is run, they should also be notified of any flags on their report, be given a copy of their report, and be given the opportunity and instructions for disputing inaccuracies prior to making a no-hire decision based on that information.
And, if you’re conducting your background checks online through someone who ranked high in an online search, the aforementioned Spokeo has a pending lawsuit, Robins vs. Spokeo for providing inaccurate and subsequently damaging information about the plaintiff.  And naturally, for the employment background check the plaintiff was not provided the proper disclosures and denied rights per the FCRA.
Some notable FCRA related settlements of the past few years include courier service Postmates ($2.5m), Whole Foods ($803k) and grocery chain, Publix ($6m). While these are BIG companies, it only takes one spurned candidate to create an expensive legal nightmare for a small business.
Have questions about your responsibilities complying with the Fair Credit Reporting Act?  Please feel free to contact us or see our Legal Resources online at Blue Chip Backgrounds. Hire safe – hire smart!

Resume Fabrications on the Rise!

In a recent survey of 1000 workers and 300 senior managers, staffing agency The Office Team (a Robert Half Company) reported almost half (46%) of the respondents know someone who lied on their resume.   This represents a 21% increase from the same survey in 2011.

The most common lies known to be found on resumes relate to:

How do hiring managers feel about how often people try to pull one over their resumes?  48% responded that it’s “not very often” or “never!”

Lastly, only 38% responded that they have removed a candidate from consideration upon finding fabrications on their resumes!  What about the other 62%?  Would someone misrepresenting themselves misrepresent your products, services, and capabilities?  Steal company physical or intellectual property?

It’s always better to under-promise and over-deliver.  That’s the path to putting a halo on your company’s customer service, but will you get that from someone comfortable with over-promising on their experience & capabilities from the start?

If your company doesn’t have the resources to perform your due diligence, ask us how we can help with employment & education verifications, referencing, checking for civil judgments, credit history, criminal backgrounds as well as candidate personality profiling & job fit assessments.

Should you have a “no hire” policy for criminal convictions?

No.   This short answer stems from federal laws prohibiting discrimination in employment which are monitored and enforced by the Equal Employment Opportunity Commission (EEOC).   From 1964 to 2011 beginning with the Equal Pay Act of ’63 and Title VII of the Civil Rights Act in 1964 to the Genetic Information Nondiscrimination Act of 2008, federal laws state it is illegal to base employment decisions on the following criteria:  age, sex, race, color, religion, marital status, medical condition (including disabilities or recovering addiction), and taking of family care or medical leaves.

Since the commencement of the Civil Rights Act in 1964 through 2011, this above list has expanded to include arrest and conviction records as well and even possibly employment status.   In 1987, the EEOC issued “Policy Statements” that said denying candidates employment on the basis of conviction records has an adverse impact of African Americans and/or Hispanics (as these groups statically show higher conviction rates).  Thus, the policy is unlawful “in the absence of a justifying business necessity.”  Proving “business necessity” would include showing a direct relation of the nature and severity of the offense, time since conviction and/or completion of sentence to the nature of the job in question.

A subsequent 1990 “Guidance Dealing with Arrest Records” reiterated that “using arrests as a disqualifying criteria can only be justified where it appears that the applicant actually engages in the conduction for which he/she was arrested and that conduct is job related.”  Arrests are obviously not convictions and should be treated differently.   A 2011 EEOC opinion letter stated that in disqualifying applicants based on criminal convictions, the conduct should be “recent enough’ and “sufficiently job-related to be predictive of performance in the position sought, give its duties and responsibilities. “

In summary, Title VII of the 1964 Civil Rights Act and subsequent opinions issued by the EEOC prohibit the use of arrest and conviction records for the purposes of employment when not relevant to the job since they can limit the prospects of employment to  any of the aforementioned protected groups or classes.  If you have questions about your policies or would like more information, please reach out to me at info@bluechipbackgrounds.com .

The EEOC is very active – their latest, July 2017 case brought against a Florida janitorial service can be seen and read here: https://www.eeoc.gov/eeoc/newsroom/release/7-5-17.cfm.

Hiring? What about Due Diligence and foreseeable behaviors…

It’s a pretty well-established fact that everyone (excluding lawyers) wants to stay out of court.   Sometimes that may be impossible, but practicing (and documenting) your due diligence in hiring helps significantly.   Several sources put the percent of negligent hiring court cases decided in favor of plaintiffs at 75-79%.  Because most attorneys working this area work on contingency they are less likely to sue an employer who they can’t claim was careless or neglectful.   That is, they seek cases they feel they can win.

It is impossible to know the future behavior of employees, but practicing due diligence with background checks, employment, education & license verifications, motor vehicle records, references, substance abuse screening, etc. can help prevent a negligent hiring claim and subsequent award.  Knowing an employee’s background to the legal extent allows companies to foresee potential for carelessness, harassment, violence or an event that could lead to a claim of negligence in hiring.

Precedent has been set in negligent hiring cases on the basis of whether there was a foreseeable potential for an incident or accident involving co-workers, customers or third parties.    A thorough pre-employment screen is the only way to uncover foreseeable potential.

For an extreme example, here is a terrible story from the Orange Leader in Angleton, TX (where, BTW you’ll find the terrific, giant 76-foot statue of Texas founding father, Stephen F. Austin).

The cost of background screening is slight when compared to legal, litigation and potential plaintiff awards.  If you’d like to discuss your safe hiring practices, please reach out to us.  We’d love to hear from you!

In today’s news, Uber is dealing with human resources problems.  With Uber’s well-documented resistance to performing due diligence on drivers, I can’t help but wonder if these employee problems are from problem employees hired without the company performing proper or common due diligence in pre-employment screening.   We’ll wait to see the legal proceedings that will surely follow…

Wish you had a crystal ball for your new hire?

Our ApplicantIntegrity aptitude assessments are a truly affordable (and understandable) way to take some of the guesswork out of the potential impact the stranger you are about to hire may have on your business.  Sure, you may have had several interviews, but just like in personal relationships, you never really know someone until they move in with you.  However, you likely don’t have a year to date this candidate.

Our assessment system provides a clear explanation of aptitude, attitude, engagement and personalized on-boarding tools not to mention much greater functionality than the ubiquitous and esoteric DISC Assessments.  We can match your candidate to 120+ continuously updated benchmarks for industry positions.

Reach out – we’re happy to provide you a no-cost demo to rate yourself!

Dispensing with background checks for ride shares a public good?

Thousands of ride-share drivers failed new Massachusetts background checks.  Are these the folks you want driving you or your family around? 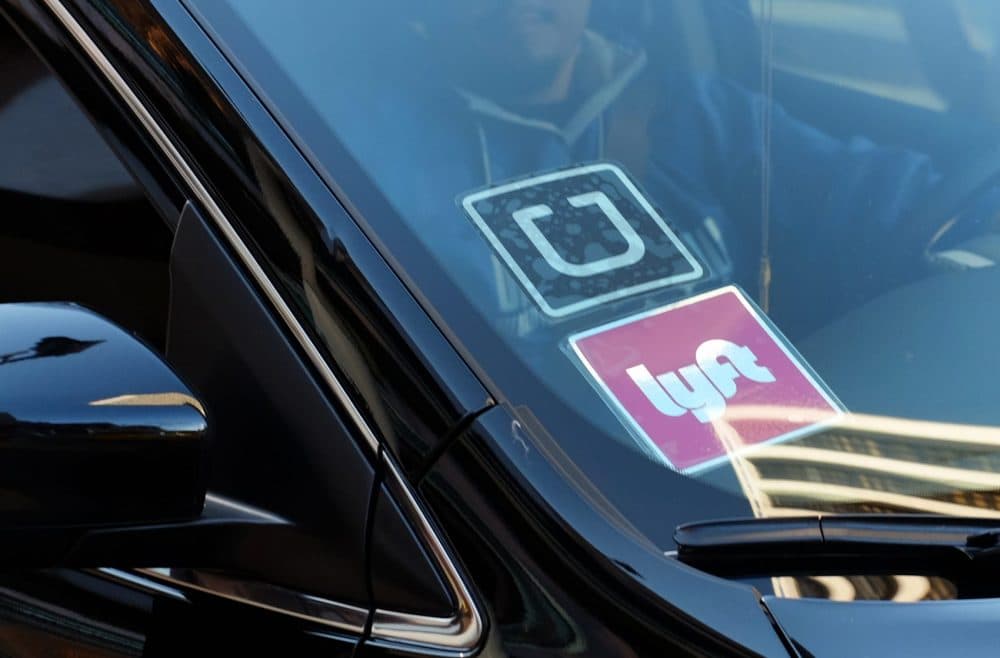